Why was there an update a few days after that 1.11 update? Let's review the path notes and what this means for Halloween!

If you have been paying very close attention to animal crossing news, you would have noticed quite a few bugs that Nintendo finally fixed with this recent update! In this article, we will explain each of the patch notes. After you have caught up to the recent update, you will notice that the version number has changed to 1.11.1 on the game menu screen.

While this is not a massive update, quite a few features from Animal Crossing: New Horizons have been fixed! Here are the patch notes that have been Google translated from Japanese to English, and although the translation is not easily interpretable, we will explain each of the bullet points!

First, we noticed in a previous video that it seems like the DIY recipes were not sorting correctly in the DIY app, but now they do! During the original 1.11 update, when you tried to sort DIY recipes by “Order Obtained”, this functionality would not work and still only sort by furniture series. However, it looks like this has been fixed in this most recent update and we can once again easily find our newest learned diys! The video below shows this issue

Next, there was a glitch involving Harv’s Island and displaying the correct colored furniture that you have cataloged. Mayor Mori did a great video showing off this issue, where essentially every cataloged piece of furniture would show up in Harv’s Island as the default color, regardless of what color you have actually cataloged. It appears that this is now fixed! Although this glitch happened in Harv’s Island, it does not mean Harv’s Island is getting an update soon. It’s likely just a simple mistake that Nintendo made somewhere in their code which could even be unrelated to Harv’s Island.

Next, there was a bug that we discussed earlier involving the Nook’s Cranny closing music not playing. Starting at 9:50 PM, Nook’s Cranny will play different music indicating that the shop is closing, however, in the 1.11 update this stopped happening. Now, with the 1.11.1 patch, it seems like this music has returned! Some people speculate that this bug meant that Nook’s Cranny might be getting an update, but this is unlikely. Coding video games is very complicated and just because this glitch occurred in Nook’s Cranny doesn’t mean that editing the Nook’s Cranny code is what caused the glitch.

These patches are wonderful, but what does this mean for the items already coded into the game and datamined for Halloween and November? These items were not showed off in the photos for the 1.11 update but are still in the game, which means Nintendo did purposefully include them in the 1.11 update. It’s likely that these items were added as a fail-safe in case Nintendo couldn’t make another update in time. Hopefully, we will still see an update announcement towards the end of September where they will officially announce these items!

Have you updated your game yet? What are your thoughts on these bug fixes and updates? 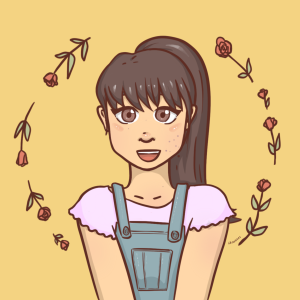