It has been 5 months since Nintendo released Animal Crossing New Horizons, the most anticipated game in the series since Animal Crossing: New Leaf, and we can still find plenty of stuff to do; tend our lovely flowers, catch amazing fish, buzzing insects, mysterious creatures from the depths and, of course, make our decorating dreams come true. We can make a house feel like home and turn the once deserted island into our own little utopia. Of course, no island would be complete without villagers, whether we love them, dislike them or can’t wait for the moment to see them pack their stuff, they are there, with us, from the start and make the island seem more alive daily, singing, playing, fishing and even giving us presents and other pleasant surprises.

Now, most people may have already their dream villagers, but perhaps some are missing the special villagers: the squirrel sisters Cece and Viché, the hero of twilight W. Link, the bearer of the Triforce of power Ganon or, the loyal steed, Epona.

Great news is coming in the future, as datamining done in New Horizons suggests we may meet these very, very special guests. And that’s not all, it would seem there’s also villagers arriving. Felyne, the cute cat from Monster Hunter cat, joins to hunt for insects and fish, you can also invite Holden to stick around, and also go shopping with Filly.

No island would be complete without villagers, whether we love them, dislike them or just can’t wait for the moment they pack their stuff.

Given the nature of Holden and Filly, they may not return quite as they first were seen, since they were part of a collaboration with Fueki cosmetics and 7-11 respectively, thus it’s not likely we’ll see the items, but we’ll get to see some old friends anew. If they’re added not long from now, they would also be among the animals without amiibo cards, making them probably just as sought after as Raymond and Audie.

Perhaps, just maybe, like with the amiibo update years ago, we may, in some years, see even more friends come to New Horizons, maybe one for Pearl and Marina from Splatoon? Or a Falcon wearing a red, racing helmet? Maybe even more crossovers that, while unlikely and doubtful, wouldn’t be quite impossible.

While we still have no idea when we could get to meet the new villagers, we can still hope and wait eagerly for them to be part of our islands. Until then, we can enjoy our time with the friends we’ve made in our island and the community we’re part of. 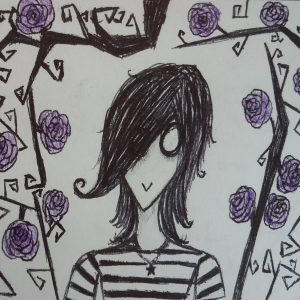 Aww, you're curious? how sweet~ First, dear, thank you for peeking; second, I'm fond of literature of many kinds, and arts in general, and tea parties. Also scary things, but fear not, if I scare that's because I care. ♪ Lastly, have a lovely day, and I hope you enjoy the work everyone does here~
View all posts

In order to support our site staff who work hard maintaining this website and our Dream Code Tool, we rely on your help through donations. Please consider donating any amount, it is greatly appreciated!
Donate
NextBest Custom Designs & Patterns in Animal Crossing: New Horizons!Next